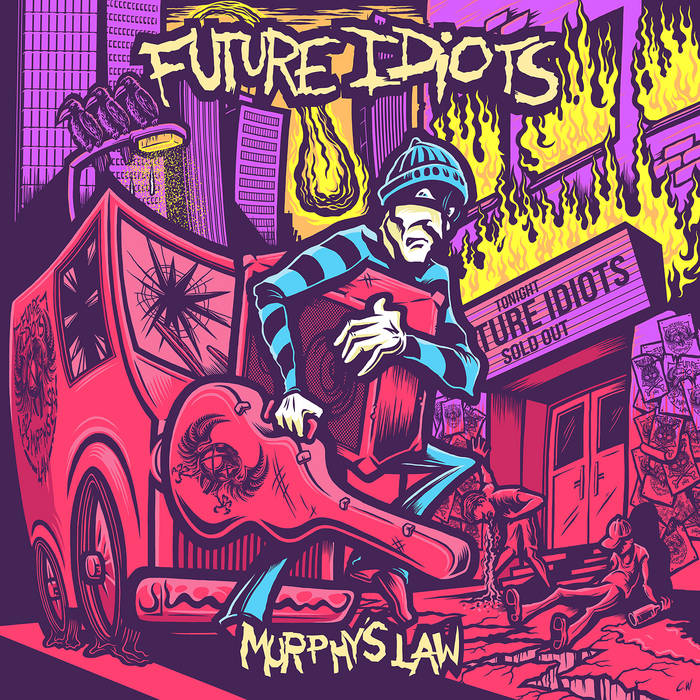 [UPDATE] Naturally you're wondering why there's a re-release of an album that's only a little over a year old. Turns out a year tinkering with new audio engineering equipment and having three new tracks sitting around makes that quick-trigger decision all that much easier.

[OLD BIO] Why the long break in between albums? It's called three van break-ins, a couple of personal bankruptcies, gear breaking down before shows, gear breaking down during shows, vans imploding and hard drives with recorded material going nuclear. It's not just criminals and technology ruining the day, though. It's literally force majeure. The earth or God or whatever you're a fan of crediting this world with is combining it's might to ruin the Future Idiots. It just feels like every time there's an outside gig it gets rained out, and every time there's an inside show the sun's shining and there's a cool breeze blowing. When it's not the forces of nature or junkies destroying productivity, it's called life. After recording eight albums and countless singles it was time for a small break. The road to recovery from these wounds was a long and arduous one, but now that there's been time to rest, the emotional callouses have been built and the urge to endure the hardships of the road has clouded our sound judgment once again. Just as long as the van doesn't get broken into for a fourth time...