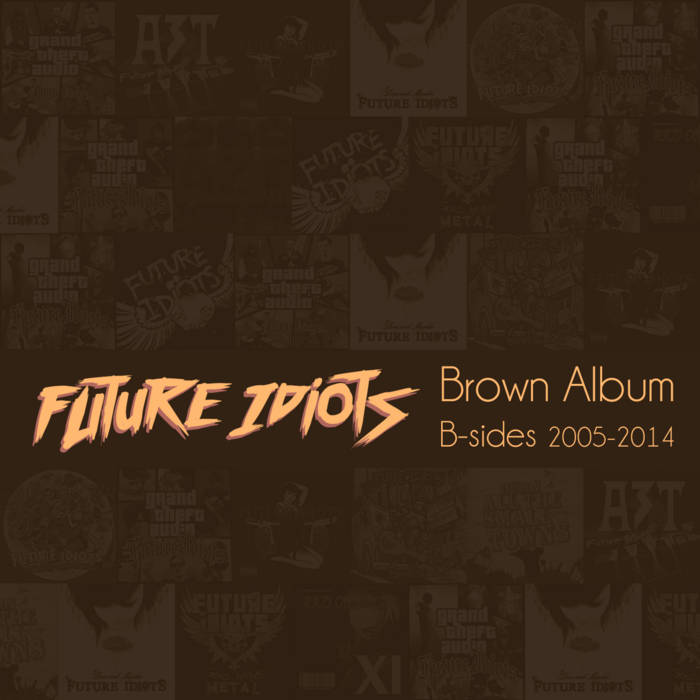 Simply put, bands have destroyed iTunes and Spotify with their “Best of” albums. As a band we discussed a way to contribute to this precipitous decline in actual novel material by proffering up a similar sort of sacrificial album. That’s when the anti-conformity mentality that is the Future Idiots struck and the idea was born for a, “Worst of” album. The idea wasn’t necessarily to offer up the least enjoyable music, but rather to glorify some of the embarrassingly nostalgic pieces that were trimmed from nearly a decade worth of work. The album name is fairly self-explanatory. The title was meant to convey the presence of B-Sides and openly depict that some of the material may be a little rough around the edges. The mental search for an appropriate title covered some overly literal interpretations such as, “A Decade of Crap” and a, “Load of Shit.” Those seemed a little too on point, though. That's why we ultimately settled on the less juvenile option of, “The Brown Album.”

The album initially contained around 15 passable but ultimately unexciting tracks. That’s when we spiraled into unknown regions of our hard drives and uncovered some of the more entertaining tracks that were eliminated. This second pass through effectively created a second iteration of, “The Brown Album.” The one where old-school fun meets up with some kickass one-offs that were simply lost in the shuffle of creating over a dozen albums. Some of the material wasn’t even supposed to be nixed from the albums that they were made for. “It’s Gonna Be Me” by N’Sync along with a few others were slated for a legitimate release. Sadly, these unlucky few met an untimely fate on a corrupt hard drive.

All in all, The Brown Album serves as a mantle piece for exhaustive work and self-deprecation. 51 songs, all rejected for one reason or another, but memorable for just as many.