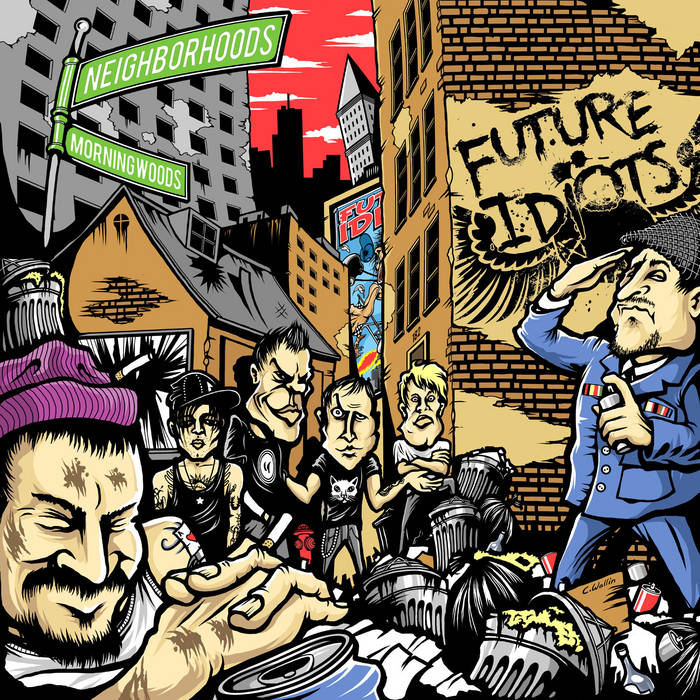 Jamie Watt A solid pop punk take on a Blink-182 album I personally didn't have a problem with (it was a solid alternative rock record). Favorite track: Even If She Falls.

Michael Pasqua Ya know I always think to myself, "What if a band re-recorded any one of its albums 10 years later" or something along those lines, but Future Idiots did the opposite almost. They took a new album and made it sound like something from 10 years ago. It's a pretty rad idea and I dig this album especially when I'm at the gym. Favorite track: Natives.

Neighborhoods and Morningwoods, a humorous name that in concert with the 14 tracks is meant to pay homage to a legend in Pop Punk. If you noticed, the songs on this record consist of the entire Blink-182 album 'Neighborhoods'. Most people think this in and of itself is a joke. I mean, why choose to cover what's widely considered to be Blink's worst album? Simple, it's all in an effort to make each and every song sound more like the Blink-182 we all fell in love with back in the day.

To put it succinctly, the reason behind recording this album was to demonstrate how the original record could have sounded. That's not a slight towards Blink-182 either. The fact that fans were disappointed with Blink's latest album shows the kind of high standards that the Future Idiots and the fans hold the legendary trio to.

I want to make it absolutely clear that this isn't an attempt to one-up somebody else's material. It's an attempt to make Mark, Tom and Travis proud by putting out an old-school Blink performance that even they and their fans can appreciate.